Who was Chick Henning?

Paul W. "Chick" Henning (1949-2014) was a native-born son of the Souderton-Telford area and called the Indian Valley his home for close to 65 years.  Chick was defined as a true friend to countless people, a brother and uncle to his extended Henning family, and a follower of his Savior.  An avid golfer and sports enthusiast, Chick faithfully followed all Souderton & Philadelphia sports.  He could often be heard in the stands, cheering and encouraging teams with his distinct and booming voice.  His friendship and encouragement for people of all ages will be his lasting legacy. 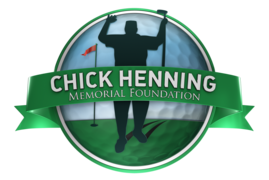